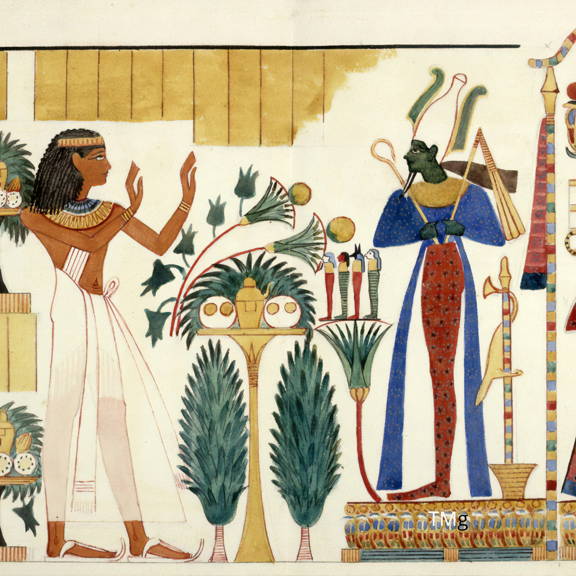 What is Kemetic yoga, its lineage, and how does it differentiate from other forms of yoga?

Kemetic yoga acknowledges the African Origin of Yoga and is a structure of movements and beliefs (poses) that originated in Kemet, Egypt. The practices consist of a series of postures that help to align, strengthen, and rejuvenate all systems of the body. With the practices of breath, mindset, and movements, Kemetic yoga relieves stress in the body, increases blood circulation, and sends nutrients to the entire body, allowing the body to transform and heal.

Kemetic yoga sets itself apart because of its lineage. Kemetic yoga was practiced in Egypt long before it made its way to India. The Main postures imitate Egyptian Gods and Goddesses and they can be found in hieroglyphics.

Hatha yoga and Kemetic Yoga are similar. Hatha means sun and moon and the practice is slower in pace, to help with self-control, steadying the mind, restraint, and more.

The Kemetic word Hathar refers to a female deity ( Het - heru) of the sun and moon.

This practice was to connect the Kamites with their creator. In order to reflect the perfection of the universe back to them, Kamites practiced MAAT to bring themselves and everything they did into alignment with the creator. This was the only way for them to be considered perfect in mind, body and spirit.

This practice of the poses, the philosophy, and the beliefs made its way to India thousands of years later and was then broken into several different types of practices that are now practiced all over the world.

Kemetic yoga’s unique series of poses and movements tap into the power of ancient geometrical power allowing the students of this practice to transform on an energetic and cellular level.

What makes Kemetic Yoga different from other forms of yoga is the focus on the geometrical shapes and the mindful execution of them. Using the powerful energy of the pyramid shape in the flows brings a different type of connection to the nature that is around us and in us. This type of mindful connection is rarely found in modern yoga practices.

What sets Kemetic yoga apart from other teachings is its focus on breath, not landing a complicated posture. The breathing practice focuses on pulling energy or shu, into the body from the lower part of the belly known as the fetal breath, and then guiding it with focus to the third eye center.

The focus of the exhale is to push the energy down the arms, into the hands, the thighs, legs and feet. This type of breathing and the amount of time that is spent on it sets the space for a meditative practice that will then follow

The practice of Kemetic yoga is slower than most yoga practices, allowing the student to stay connected with their breath and their bodies in a meditative state.

Keeping the focus, mission, and the purpose of Kemetic Yoga simple, there is only one type of Kemetic yoga.

The purpose of Kemetic yoga is to focus on the philosophy of MAAT.

MAAT is all about balance, harmony, and order of the universe. The breath and movements support internal balance of the body and also support the balance around us.

Kemetic Yoga is re-discovering the roots of who we are as a people, the power that is inside of us and the deep connection with the divine.